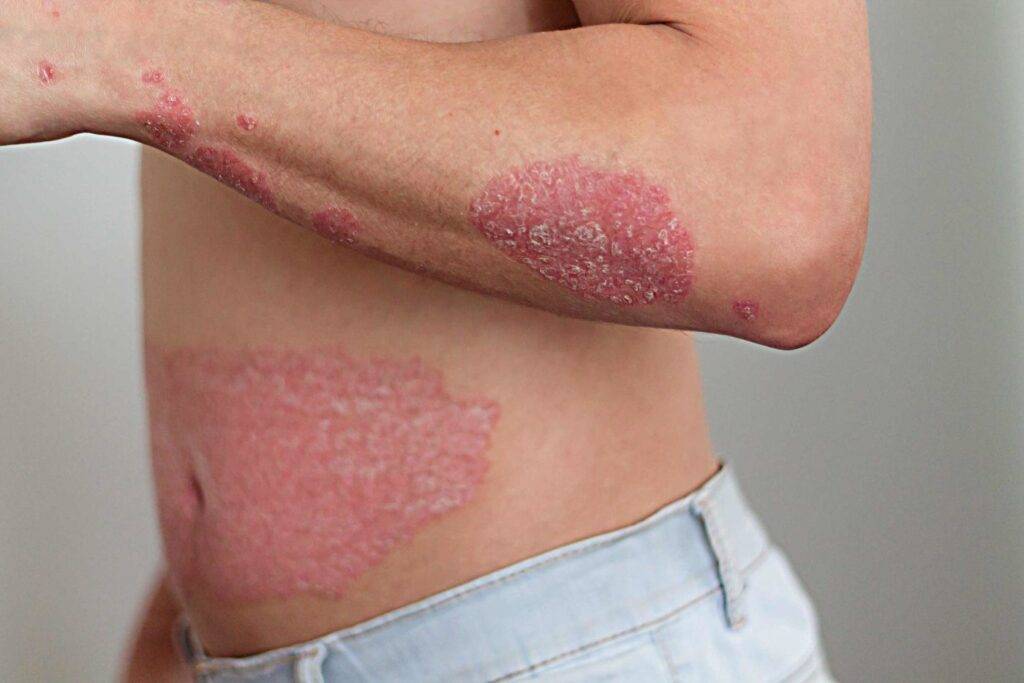 In order for an army to defeat their enemy they must know their enemy, the same goes for anyone looking to battle the disease psoriasis. Psoriasis is a disease that attacks the skin. No one really knows what causes psoriasis, but scientists are learning more every day and believe that they’ve linked this disease to a genetic mishap.

Before we discuss psoriasis further, let’s discuss how ‘normal’ skin operates. Your skin goes through sort of a conveyor belt process. There are two layers of skin, the top and bottom. The top layer is the skin that you see is actually see. It is also the oldest layer. It exists for about 28-30 days, dies off and falls away. It’s replaced by the layer bottom layer. As this is happening and new bottom layer is being created. This process repeats itself over and over again throughout a person’s life. We don’t even realize that it’s happening. Just remember that as you towel dry after a shower you are actually wiping out thousands of skin cells.

The process is different when someone suffers from psoriasis. With psoriasis the skin regeneration moves much faster than the 28-30 days. In that case, the skin regeneration usually cycles in about 3-5 days. This happens because new cells are developing much more quickly and force themselves through the top layer of the skin. This causes a buildup of dead skin on the surface. This buildup appears to us in the form of patch, red scaly plaques. The common outbreak spots are in the scalp, elbows, knees and knuckles.

While the true cause and cure of psoriasis remains elusive, we do know a few things. Research has shown that family genetics plays a huge factor in who contracts psoriasis. Also, lifestyle choice play a role. Too much stress, sunburn, excessive drinking, being overweight and some medications can trigger psoriasis.

Good news, although psoriasis can look a little unsightly it is not contagious and it isn’t life-threatening. Also, psoriasis symptoms can vary from person to person. One person will have small areas of patchy skin while another person will have widespread plaques. While there currently isn’t a cure for psoriasis there are ways to limit the outbreaks. Keeping the skin hydrated is a great way to limit the plaques. As stated earlier, proper lifestyle choices are important. And eating properly can have an impact too. There is plenty of information on psoriasis on the internet. As always, consult with your primary care physician before making any major lifestyle changes.