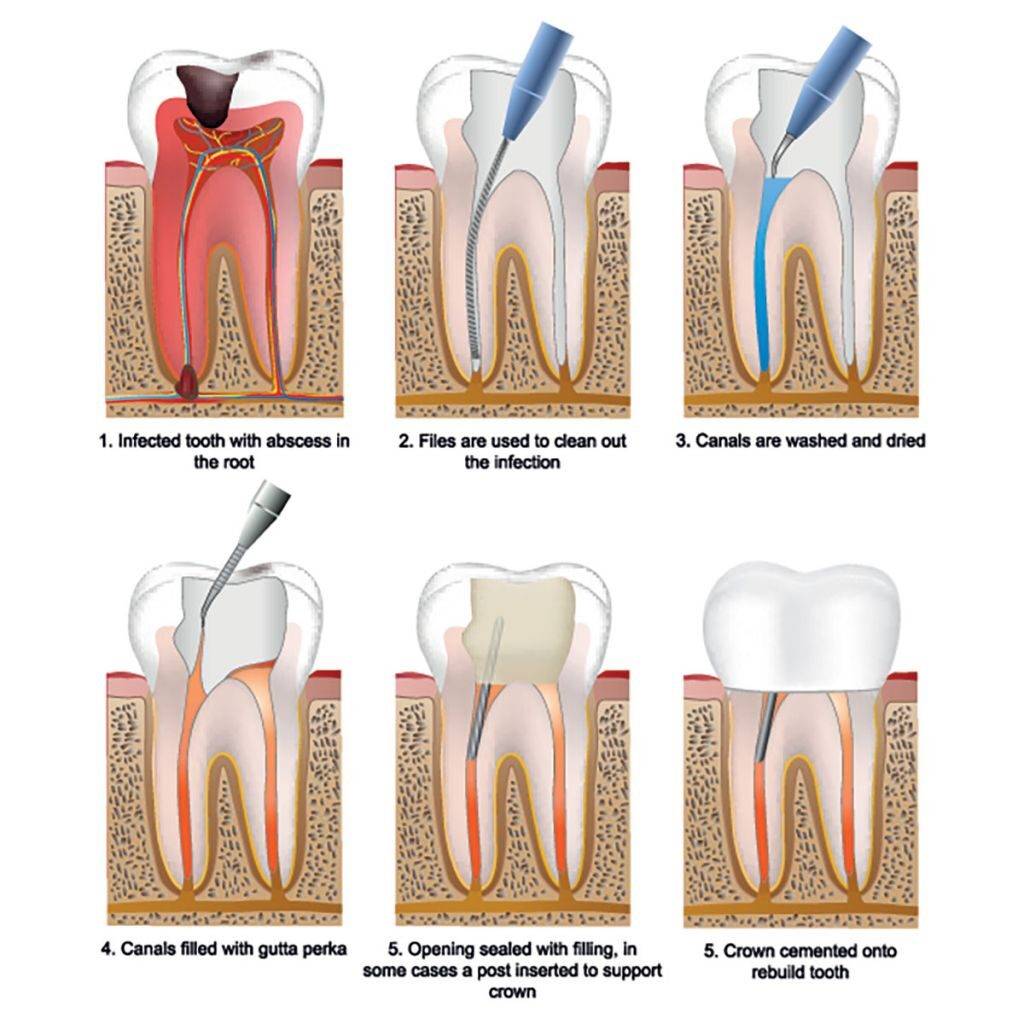 Root canal is not a new term to many ears. You do not need to be told that it is a procedure for fixing the teeth as well. With a root canal you can save a tooth from being lost because this procedure prevents the root from being damaged further. Some people opt to go for dental implants rather than taking the root canal path. The problem is that most people do not really understand what goes on during a root canal. All that they know is that there is a lot of pain that is involved at the end of it all. In order to understand the whole process, it is probably wise to talk about the structure of the tooth.

Structure of the tooth

The tooth is made up of two main parts. These are: the root and the crown. Some biology books will talk of three parts if you include the neck. The root anchors the tooth to the jaw bone. The crown is the top part that is covered by a protective coating that is known as the enamel. As time goes by the, enamel wears out. This is where almost all dental problems begin- with the wearing out of the enamel. When the enamel wears out, it becomes hard to live a comfortable life. The tooth becomes sensitive because the nerve endings in the pulp cavity are exposed to the surroundings.

A root canal is a procedure whose target is the root of the tooth. It is often needed when there is an injury or a cavity that has damaged the root of the tooth. The root ends up becoming inflamed or infected and when this happens, the pain that you are likely to experience is going to be a bit too much. These infections and inflammations manifest in the form of toothaches and discomfort. In severe cases, it causes swelling of the face or jaw and headaches. If the infection is severe, it can affect parts of the body far beyond the tooth because the bacteria causing the infection can get into the bloodstream through the tooth.

Process of the root canal

The first step is to find a route to the root of the tooth. An opening is made through the crown of the tooth to the pulp chamber. An endodontic file is used for this. Once the file has gotten into the root, the infected or inflamed tissue is going to be removed. Debris and other particles in the canal will be removed in preparation for the filling. The final step will be to fill the tooth with a permanent material in a bid to prevent the tooth from infection and contamination.